How to Grow Artemisia Plants in your Garden

Some of the common plants that make up the genus include Wormwood, Tarragon, Estragon, Mugwort, Ghostplant, Southernwood, Sage Bush and Summer Fir.

These sub-shrubs have been commonly used for medicinal purposes; with wormwood famed for its hallucinatory properties that have inspired many an artist over the year when drank in the form of absinthe.

Artemisia plants such as wormwood and Tarragon are mainly sub-shrub perennials in nature and are grown both for their strongly scented foliage, and for their chemical properties.

Leaves are usually grey or green and often feathery in nature. Flowers are inconspicuous and usually pale yellow or pale green.

Artemisia can grow from 30 cm to 2 metres in height; they can therefore be used as positional plants in a border, where they can contrast nicely with flowers from other species. 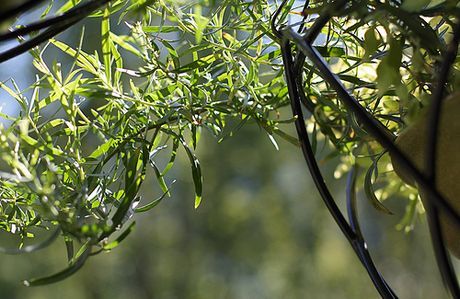 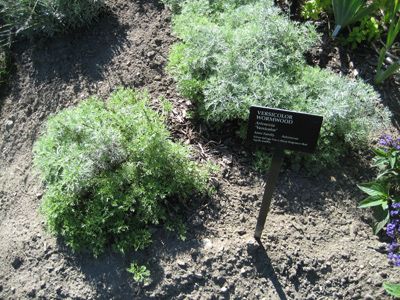 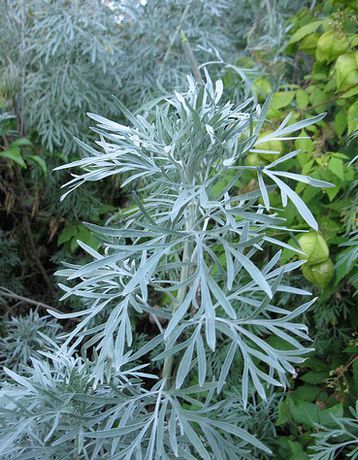 Artemisia absinthium by The Weed One.

Information on Artemisia and its Commonly Grown Garden Species

The Artemisia genus is a member of the Asteracaeae family of plants and contains as many as 400 individual species. They can be herbaceous or shrub like and are characterized by having fern like leaves, these often that have a covering of white hairs.

Flowers are Aster like in that they have a specialized capitulum, which is a raceme consisting of many individual florets.

The genus itself is a subject of debate amongst botanists, with many subdividing into at least another five genera; therefore the number of species in the Artemisia genus may be as little as 200.

As a member of the 1620 genus containing Asteracaeae family (the daisy family) Artemisia is closely related to 23,000 species of plants such as Aster, Sunflowers (Helianthus), Daisy (Bellis), Lettuce (Lactuca) and Safflower (Carthamus).

Some of the members of the Artemisia genus that are commonly grown include:

As well as human use members of the Artemisia genus are known to be used as a food source for mammals and birds, and can therefore be grown (in a controlled manner, to prevent spread) as part of a wildlife garden.

How to Grow Wormwood - Tarragon - Artemisia

The annual varieties of Artemisia can be sown outside in either spring or autumn, whereas it is best to sow out perennial species in the autumn. When sowing seeds outdoors they should be sown in flats, sunk in the ground, north faced and under cover of glass. The soil should be kept moist; the glass cover can be removed once the seeds have germinated. Germination normally takes between two to eight weeks.

To plant out seedlings from the flats transfer into well drained soils at a pH of 5.5 to 7. The seedlings should be put out after the last frost and planted from 30 cm (small species) to 60 cm apart (larger species). Tarragon should not be sown as seed, but bought as a young plant. Or acquired by softwood cuttings or through division of the rootball.

Caring for Artemisia: Wormwood and Tarragon

Artemisia plants such as wormwood, Tarragon and other species are pretty easy to look after. Fertilizer should be applied in the early spring, and mulch applied in the late autumn. Every four years or so the plants should be divided. Leaves can be harvested for culinary/medicinal use at any time.

The leaves of tarragon should be prepared by drying, hanging in a dark place, and then crushing the dried leaves.

Tarragon is usually grown as a perennial subshrub herb in the garden as it has many culinary uses. The plants can reach an height of four to five feet (120 to 150 cm) and has thin stems that are branched and carry leaves of 2 to 3 inches (5 to 8cm).

It is usual to grow Tarragon in the garden from soft wood cuttings, root divisions or from purchased plants; this is because Tarragon rarely sets seeds, and if they do there is usually a lot of genetic variation meaning that the plants do not grow true, and give poor flavor.

The plants should be grown in a sunny or partially shaded part of the garden that has a soil pH of 5.5 to 8.0 and spaced about two to three feet (30 to 90 cm) apart.

In the USA they are able to grow with great success in zones 4 to 8. It is recommended that you grow the plant as part of a contained herb garden to prevent the plant spreading uncontrollably.

Tarragon is a wonderful herb to use whilst cooking due to its bittersweet, slight licorice flavor.

As it is a strong herb it is important not to use to much of the herb: common usage is about one teaspoon of dried Tarragon or three teaspoons of fresh.

It is a traditional component of many French dishes where the herb is often used with chicken, fish and egg dishes and in Sauce béarnaise. The Italians use it when making lasagna. In cooking Anise and fennel are often used as a tarragon substitute.

This species is a herby perennial subshrub that reaches an height of two to three feet (30 to 90 cm) and likes to grow in a sunny part of the garden. Artemisia absinthium is considered to be both a noxious and invasive plant, so you may need to think very carefully about plant control if you plan to grow it in your garden.

In the USA it is able to grow in zones 4 through 8, and can be grown from seed, starting them in flats in the autumn.

Absinthe wormwood foliage is silvery and the plant usually blooms in mid summer with numerous small yellow flowers (3 mm), if given the chance the plant will produce thousands of seeds, it is recommended that you cut the plant back before it has chance to set seed.