A Guide on Growing Chick Peas

Chick pea, is scientifically known as Cicer arietinum, it is an annual that belongs to the legume family, and is also known by the names Garbanzo or Gram.

Although Chick peas are neither beans nor peas they are often referred to as Garbanzo beans. 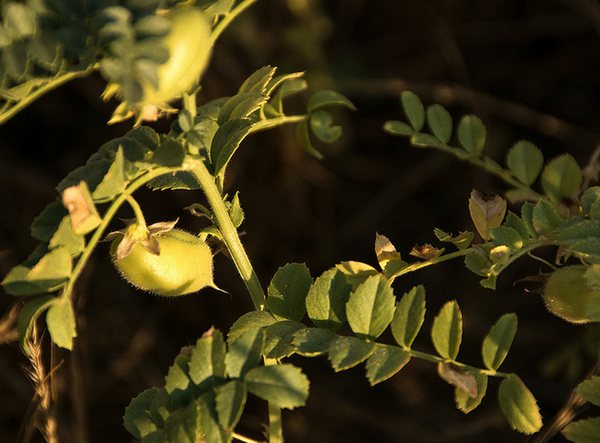 Growing chick peas takes a long time, it takes around a hundred days before they can be harvested, and they require a long and warm growing season.

Chick peas cannot be grown at too cold a temperature and they should only be grown in areas that have at least three frost-free months.

When planning to grow chick peas, it is best to give them a good start by first planting the chick pea seedlings indoors in paper pots or paper towels around two weeks before the last frost date of your area, and then transplant out them when they are around four inches tall.

Chick peas should be planted in areas that can get full sunlight and in loose soil that is well-drained. The soil should be high in organic matter, but not high in nitrogen as this leads to unwanted leafy growth. 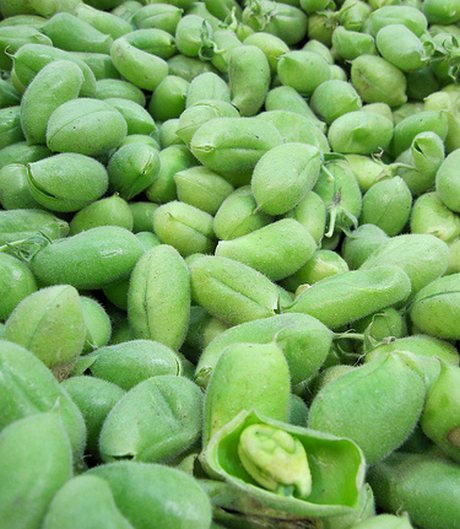 Start by sowing the chick pea seeds into the soil at around an inch deep, and space them around two inches apart, with the rows seperated to about two feet apart.

Do not soak the seeds with water right after planting them to keep the seeds from cracking. When the seeds have grown and sprouted enough, thin the plants to around six inches apart by cutting the plants at ground level without disturbing the other sprouts.

Chick peas can be grown crowded to offer support to each other.

Keep the soil evenly moist as chick peas grow and water regularly when they are flowering and forming beans or pods.

Put mulch on the planting beds to help retain moisture and prevent weeds from growing.

Avoid adding nitrogen-rich fertilizers to the soil as chick peas have a mutual exchange with nitrogen-fixing bacteria in the soil that enables them to produce their own fertilizer;the addition of exogenous nitrogen can upset the natural balance.

Handle the chick peas with extra care so that flowers and pods do not fall off when watering, and do not disturb the roots when cultivating and removing weeds.

Do not handle the chick peas when they are wet to avoid fungal spores from spreading. Remove any disease infected plants from the planting bed to avoid affecting other chick pea plants.

Stop watering the chick pea plants when they reach maturity to help the beans dry out for harvesting.

How to Harvest Chick peas

The chick peas will be ready for harvest around 100 days after they are planted. They can be eaten fresh like snap beans by picking them up when the pods are still green.

They are commonly harvested when the leaves are already brown, and seedscollected when the pods split after drying.

Chick peas grow better in dry seasons because of their root systems;which are dried and tap, and they produce smaller yields when they are grown in heavy rainfall seasons because they are prone to disease outbreaks that affect their roots.

Chick peas are best planted in soils that are fertile and sandy, with good drainage for effective growth.