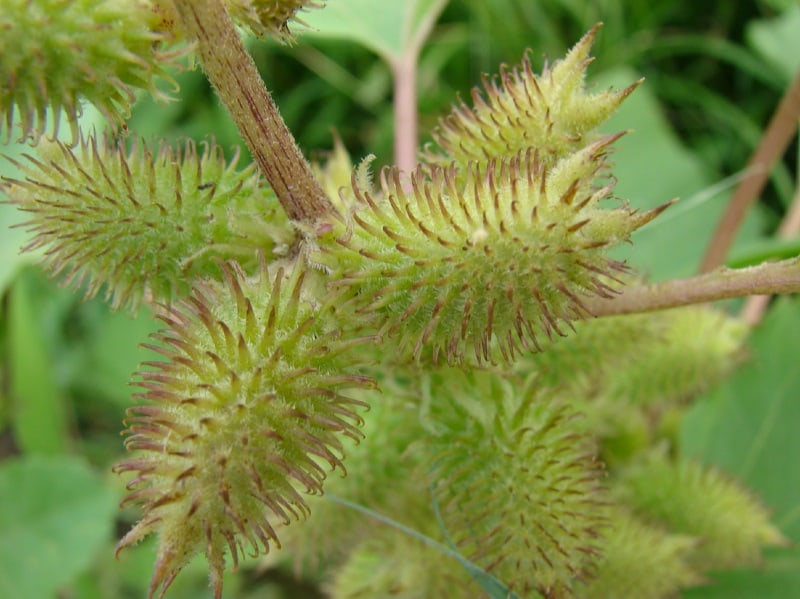 The Xanthium strumarium plant looks very similar to the common Burdock (Arctium minus). The main difference is that it is monoecious, with separate male and female flower heads, whereas the Burdock has perfect flowers.

It is an annual plant that can reach about 2 meters in height (6.5 feet). It thrives on pasturelands, cornfields, floodplains, and poorly drained areas.

Some of the common names for the plant include Rough cocklebur, Large cocklebur, or its often simply known as Cocklebur.

It has a preference for sunny and partially shaded areas with moist sandy loams.

The fruits are interesting. They carry two seeds; one can germinate in the next growing season, whilst the other will take at least two years to germinate. 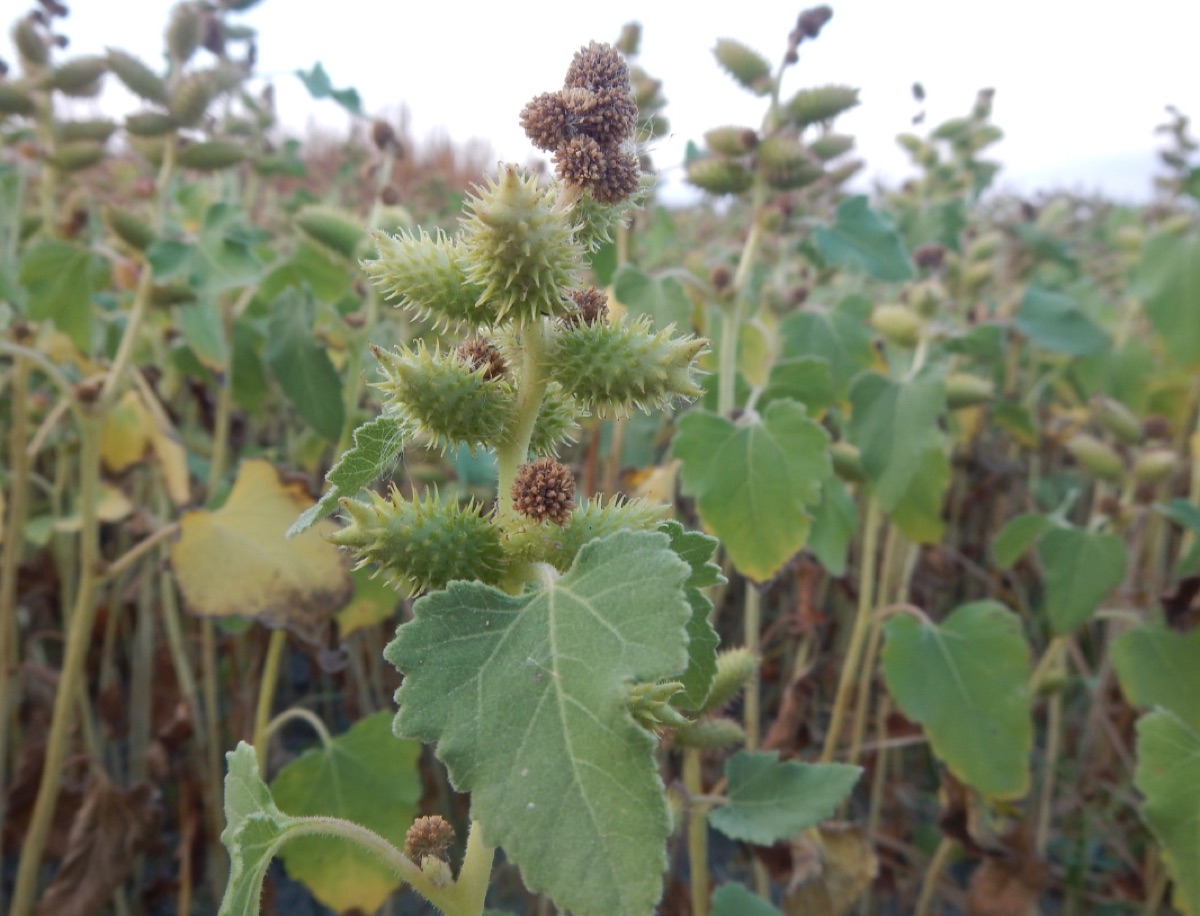 Although this plant is wind pollinated it does attract certain insects to feed on them, so they can be grown in a wildlife garden (well away from mammals).

Some of the species attracted include many species of beetles such as the Ragweed Leaf Beetle and the larvae of the Sunflower Longhorn Beetle and Pale-headed Phaneta moth. Other animals that dine on this plant include the Purple finch, which is known to feast on its toxic seeds.

This plant is highly toxic to mammals, especially young seedlings and the seeds themselves. These contain a toxin called as carboxyatratyloside, is reported as being toxic to humans. For these reasons it is not usually grown in the garden, especially in areas that are close to livestock.

Despite being a North American native it is still classified as an invasive species in many parts of the US. This is largely because of it having taproots and how easily the seeds can be spread; they cling to clothes and to animals.

Indeed it was the Cocklebur that acted as the inspiration for George deMastral, the inventor of Velcro.

Although it is a toxic plant it is associated with medicinal use.

The Native American tribe known as The Zuni often used a moist mass of the seeds to rub onto wounds. Interestingly despite being toxic the seeds are made into cakes by mixing them with corn flour.

It is also used in traditionally Chinese medicine, though in very lower quantities because of its toxicity. 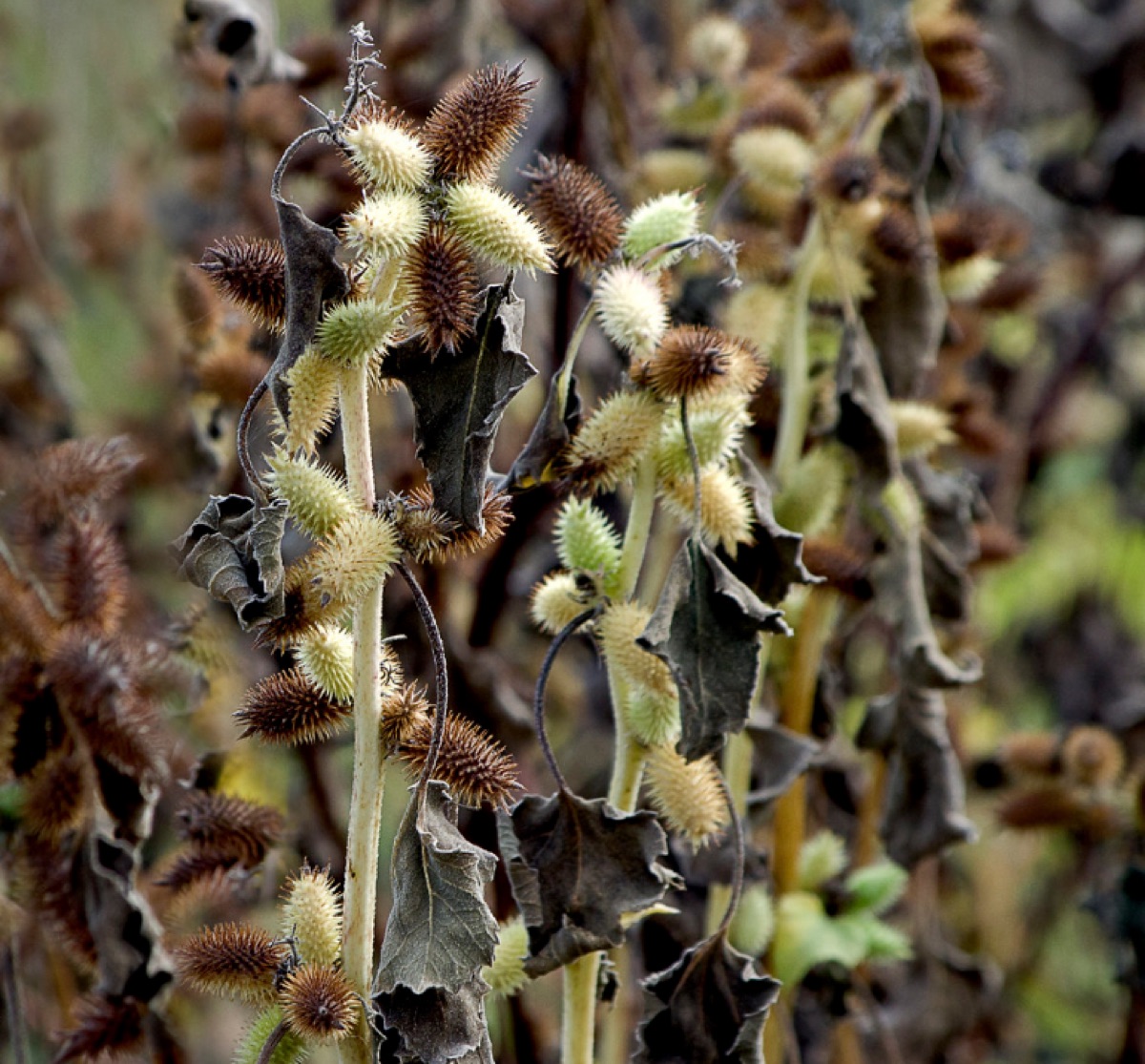