How to Grow Vegetables: Chicory

Several varieties are being cultivated. In the kitchen they are used as blanched buds (similar to Endives) and salad leaves; while roots from the variant sativum are normally ground, baked, and then used as a coffee additive and substitute. 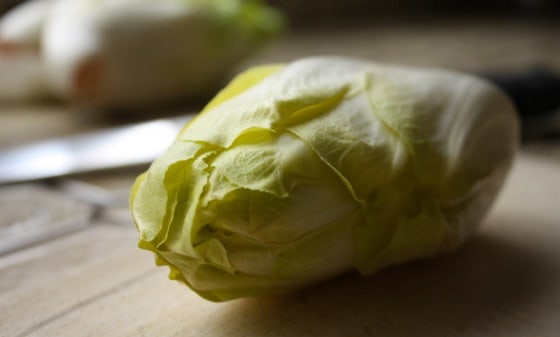 This plant is also grown as a forage crop for livestock and is typically found on roadsides, both in its native Europe and in places where it has become neutralized such as Australia and North America.

Lifted roots when stored in the dark produce chicons, which is a great delicacy in the winter months.

As a poor coffee substitute/additive, the roots are usually baked then ground and are used as a mixture with coffee with ratio 40:60. In various parts of the globe, chicory is used exclusively to produce an intriguing hot beverage. Chicory is also grown for tis leaves that are excellent in making salads. Certain varieties such as witloof chicory (Belgian endive) are grown primarily for their chicons. These are small blanched leaves that are tightly packed, which are typically forced indoors during winter.

Chicory is a plant that grows best in rich, loamy, light, and loose soil. Choose a place that is well manured and is enriched with organic matter during the spring. It can also be grown in other soil but make sure that aged compost is added into it a couple of weeks before the sowing of chicory seeds.

Chicory is a good crop for growing between rows of sweet corn and peas, as it can be grown in both full sun and partial shade. 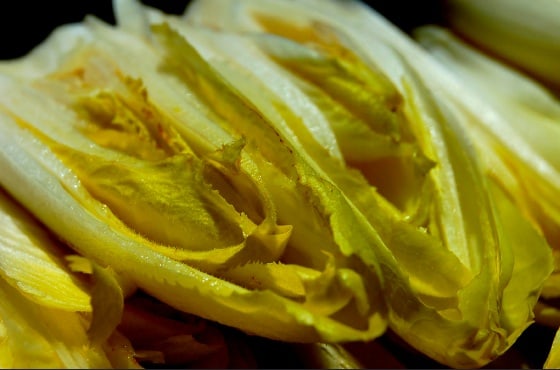 Seeds of chicory should be sown in the garden two to three weeks before the average date of the last frost. Last sowing is about three months before the first autumn season frost. Cool temperatures promote the growth of sweet tasting chicory. The temperature should range from 45 to 75°F (7 – 24°C). It typically requires 85 to 100 days before it can be harvested, depending upon the variety.

Forcing starts in succession in October when the roots can be lifted from the open ground. Roots that are about 1 ½ inches (40 mm) in diameter are best for forcing. Although chicory can be forced in sheds, it is better to have a cold or cool greenhouse.

Fork the bottom and place the roots close together and upright in making a trench that is 12 inches (30 cm) deep and 24 inches (60 cm) wide. Water should be given once the trench is full of roots and the soil from the second trench is normally used to cover the roots in the first trench. To have a good watering, wash the soil around the roots and place the remaining soil over the roots that are nine to ten inches () 28 to 30 cm) deep. The last soil covering should always be dry to ensure having clean and healthy heads.

The plant is ready for cutting once the tops, which are called chicons, are starting to show up through the soil. Make sure to keep them out of the light to prevent them from turning green and becoming bitter in taste.

Always ensure that weeds are kept down with the use of a hoe. Proper watering is essential to prevent chicory from wilting. The roots are best lifted in October, November, and December for forcing purposes. There should be an available frost proof shed for the roots to be stored and in the following weeks, force a few at a time.

Correct Chicory care will involve performing blanching of chicory by covering with a bucket or a flowerpot. This produces a milder flavor when used for culinary purposes.

There are no serious diseases and pest problems known for chicory.