How to Grow Wisteria Video

Wisteria is a genus of hardy perennial climbing plants able to reach heights of over 9 metres.

They have compound leaves, and bloom from the end of spring through to the first months of summer, carrying fragrant flowers in racemes reminiscent of those of peas; these may be pink, purplish-blue, or white.

Although usually known by their genus name, Chinese Kidney Bean is another common name for Wisteria plants. 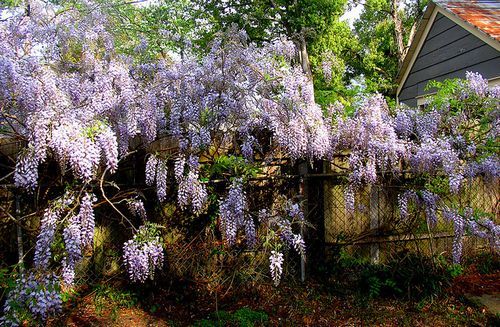 How to Prune Wisteria

Once flowering has finished in the summer cut back new green growth to about five or six leaves to help prevent crowding. When plants are dormant, in the middle of winter, cut back the growths pruned in the summer to about three buds.

If your Wisteria plants are growing in areas where they shouldn't be then it is fine to give them an hard prune: remove old stems to a level that is just higher than the new shoots or branch, or even cut back to a main stem or the ground if more drastic measures are required. Be aware that this will stimulate new growth so do not feed plants in the spring following the prune.

If your plant has lost its shape then train new growths so that they create branches where you want them. Be aware that it typically takes at least two growing seasons for new wisteria branches to flower.

How to Grow Wisteria

It is best to grow Wisteria plants from cuttings, divided or purchased plants; it can take up to 20 years for seed grown plants to flower!

If you have a lot of patience and want to try growing Wisteria Wisteria plants from seed then it is best to first chip the seeds and soak in water for about a day. Then sow the beans at the end of autumn or before the last frost of spring a depth of about 3 cm; it should take about a month for the Wisteria to germinate.

Whether growing from seed, cuttings or divided plants the Wisteria should be grown singly and located in either a sunny or partially shaded part of the garden that has a rich and moist soil with good drainage.

Wisteria vines such as the Chinese kidney bean are climbers and require something to grow on such a trellis or a wall. They like a moist soil so keep well watered and supply with a mulch in the spring. Feed with a fertilizer that is low in nitrogen.

Though fairly easy to grow, getting newly established plants to flower is another matter. If you can get access to the plant hormone giberellin then an exogenous application should help to promote flowering. Failing this expect a long wait. It is a good idea to prune back to about 6 or 7 buds in the summer time until the first year of flowering. Once flowering has occurred then the growing Wisteria can be cut back to three buds every winter. If you require more Wisteria then propagate by taking root cuttings in the summer, or by division in the spring.

Japanese Wisteria are deciduous woody climbers bearing pinnate leaves that can reach 4 to 8 meters (13–26 feet) in height. They bloom with racemes of pea-like flowers in the spring and at the start of summer. The flowers have a fragrance similar to grapes, and are usually pink, violet or white. Can be grown as a tree or trained against a wall, or even in a container. Can be subject to leaf spot, powdery mildew, and scale insects. 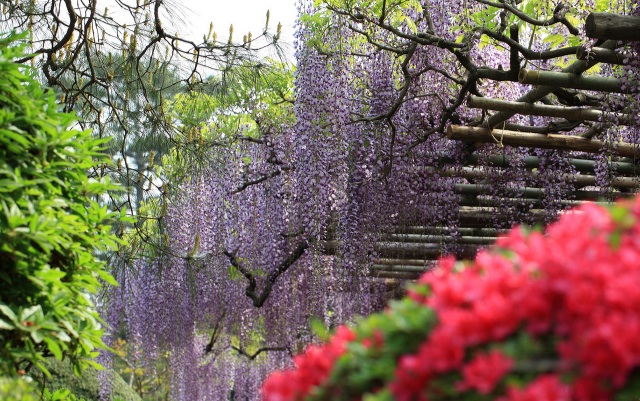 American wisteria vines typically reach heights of 4.5 to 9 meters (15–30 feet). They are native to the East of the USA and perform well in zones 5 to 9. Plants have a clock-wise growing nature. Flowers are lilac and carried in drooping racemes of about 15 cm (6 inches). These appear in late spring, typically before new leaves have fully developed. Leaves are deep green and pinnate. It is often favored over Chinese wisteria as it does not grow as aggressively. 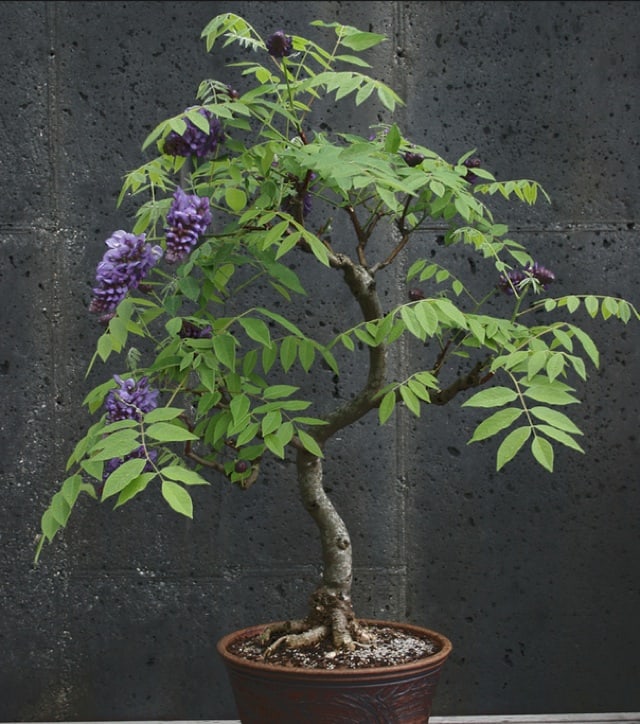 Wisteria frutescens be subject to fungal diseases and leaf eating insects. These are not major problems however, and failed blooming is usually down to over-fertilization, being grown in the shade, or flower buds dying in the cold of winter.

These are vigorous woody vines native to China, and are considered an invasive species in many areas. Climbing twinning stems carry dark green pinnate shaped leaves, and bloom with 30 cm (6 inch) fragrant racemes of lilac or mauve flowers in the spring and summer. Wisteria sinensis can reach heights of 12 meters (40 feet) and a breadth of 8 metres (26 feet). They do well in full sun and partial shade and like a moist but well-drained soil. 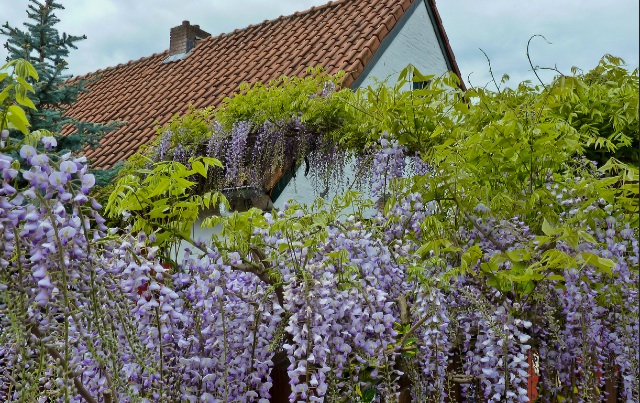 The Wisteria macrostachya vine ranges from 4.5 to 7.5 metres (15¬–25 feet). It first blooms at the start of summer carrying racemes of up to 30 cm (12 inches). Blooms are often repeated in flushes throughout the summer. The ‘Blue moon’ cultivar is popular because it is very hardy through the winter and does not grow as aggressively as other wisteria species. Plants produce seedpods of about 12 cm (5 inches) in length that ripen in the autumn and winter. 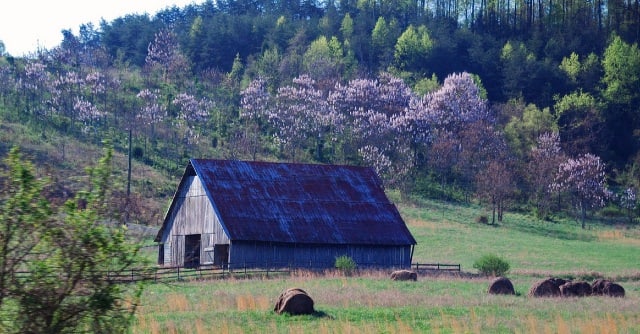 Other than the usually minor effects associated with leaf eating pests and fungal diseases there are no major problems affecting growing Wisteria macrostachya plants.