How to Grow Senecio articulatus Plants

Senecio articulatus, commonly called the Candle Plant or Hot Dog Cactus, is a member of the Asteraceae family and a native of South Africa.

Other closely related species in the 1250 plus member Senecio genus include weeds such as Ragwort and Groundsel, and Garden plants such as 'Dusty Miller' (Senecio cineraria).

As it is a drought-resistant clump-forming succulent sub-shrub, it is ideal for growing in dry arid areas. 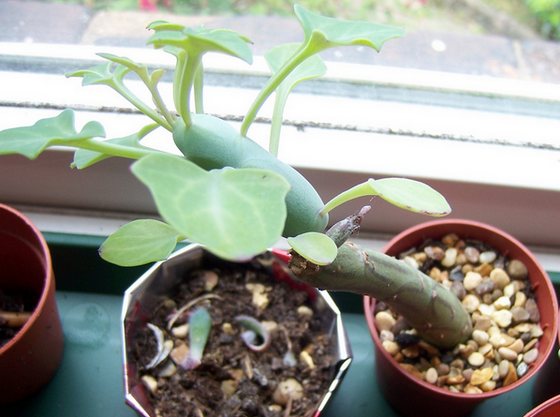 Senecio articulatus has pale grey green succulent stems with markings of darker green or purple just below the petioles.

The stems are tubular and jointed. If leaves do appear (approximately 50% of the time), they are usually divided into leaflets, are succulent, and are green on top and purplish below.

Senecio articulatus is dormant for most of the year, with both vegetative growth and flowering occurring in the winter months.

Flowers are white, tiny and cup shaped, and form as a cluster attached to 15 to 25 cm (5–8 inch) long stems. Seeds are small and cylindrical. 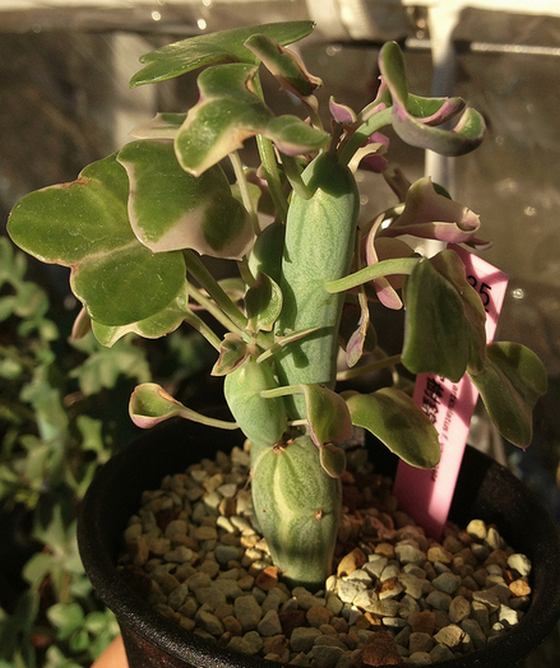 The following is a general Senecio seed growing guide and is not specific to Senecio articulatus but should hopefully prove to be successful if you want to experiment with propagating plants from seeds instead of by the usual cutting method.

Perennial varieties of Senecio can grow successfully in zones 7 and above. Sow seeds outdoors on the surface in the autumn.

Alternatively germinate seeds indoors in vermiculite, and provide water from below to prevent rot. Germination is performed in the light, and typically takes 1–3 weeks. If planning to transplant outdoors do so in the autumn.