How to Grow Valeriana officinalis Plants in your Garden

Valerian (Valeriana officinalis) is an herbaceous herbal perennial that is native to Europe and western Asia.

It is popularly used as an herbal medicine as its roots have anxiolytic and sedative properties.

The name derives from the Latin word for "strong and healthy": valere.

It is a member of the 800 strong Caprifoliaceae family – having been previously classified into Valerianaceae. It is therefore closely related to species such as Centranthus, Patrinia, Weigela florida, and Linnaea. 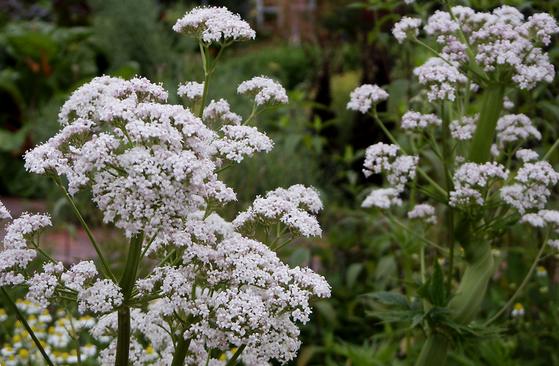 Valeriana itself contains around 230 species, and some of the more frequently grown types include Valeriana celtica (Alpine valerian), Valeriana dioica (marsh valerian), and Valeriana wallichii (Tagar-Ganthoda).

Valeriana officinalis is one of the three major species of Valerian that are used in the pharmaceutical industry. Their dried roots contain up to 2% w/v of essential oil made up of over 150 compounds, including valepotriates. The composition of the oil is dependent on environmental impacts, and especially on climate and soil-type. For herbal use, Valerian is usually taken infused as a tea, or as a tincture. One of the major traditional uses of Valeriana is a sleeping aid, and its sedative properties have been known for thousands of years (since the time of the Ancient Greeks). It is commonly used for people who suffer lack of sleep through nervousness. Furthermore, it is used in the treatment of abdominal and uterine cramp, and grown commercially to produce tranquilizers and perfumes.

It can be grown for both herbal and oriental purposes in the garden. Valeriana plants are fragrant. The odor of the plant's roots are very strong and attractive to cats in a similar way to Nepeta (catnips). Valerian also attracts butterflies and moths to the garden. They make good cut flowers, and can look good as part of a border, or in a herbal or cottage garden. 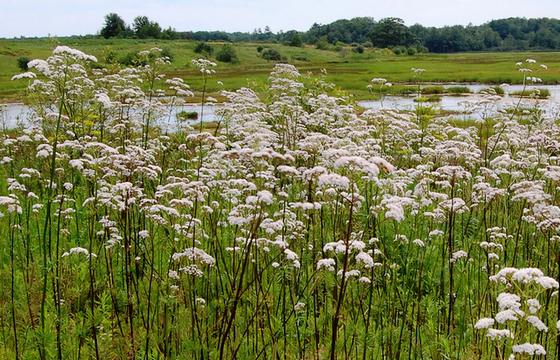 Valerian in the wild by InAweofGod'sCreation.

Basal leaves are opposite and pinnate; they have lance-shapes toothed leaflets, and are hairy below. Stems are tall, upright and stout.

Plants bloom from late spring through the beginning of summer. Flowers are fragrant, five-petaled and white, with a hint of pink. The flowers are densely clustered and narrow-tubed.