How to Grow Parsnip in Your Vegetable Garden

Although its main physical characteristics resemble carrots, it has a paler outer covering and a sweeter taste, especially when cooked.

Parsnips have a taste reminiscent of honey, butterscotch, and subtle cardamom. The slightly spicy, buttery, and sweet flavor of a cooked mature parsnip taste best from crops picked after the first frost. 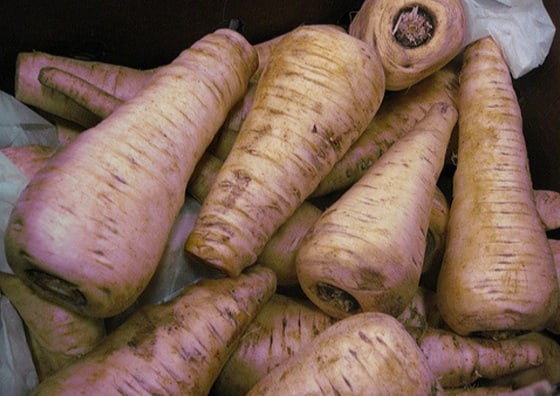 It can be left in the ground to over winter and be harvested the next spring if needed. However, this process needs to be done by conducting the harvest before the new tops and seed stalks have initiated new growth, as the root will become starchy and fibrous, losing its sweet flavor if left for too long.

Parsnips can be eaten raw, but are more commonly served cooked. They are used in stews, casseroles, and soups, and can also be roasted or boiled; Parsnips can also be fried or made into crisps.

is a good source of vitamin C, carbohydrates, and minerals such as calcium and potassium, and fiber.

In some locations, this root crop is boiled and then the solid part removed from the stew or soup, leaving behind a flavor that is subtler than the whole root while also contributing to the thickening of the dish due to its high starch content.

In some parts of the English-speaking world, roasted parsnip is considered an essential part of a Christmas dinner and is often featured in a traditional Sunday Roast. Parsnips are a winter root vegetable wit their full flavor only emerging once the roots have been exposed to near freezing temperatures.

Parsnips prefer to be grown in full sun, although they tolerate partial shade yields will be reduced. Aged compost or organic fertilizer should be added two to three months prior to the planting time. Make sure that the manure added is aged, as fresh manure can cause root crops to fork. The soil pH should be 6.0 to 7.0. Only grow parsnips in soil that has been turned to 12 inches (30 cm) deep, be sure to remove all rocks and lumps to prevent forking and splitting of the root. 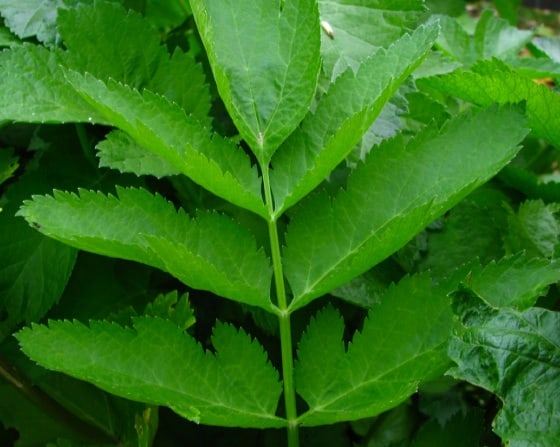 Parsnips need a very long and cool growing season, wherein the average temperature should be around 45 to 75°F (7 – 24°C). At both the beginning and the end of its growing time, parsnip can tolerate both freezing and cold temperatures.

Seedlings should be thinned to three to four inches (7.5 – 10 cm). Once the seedlings have developed two true leaves, thin them by cutting unwanted seedlings at soil level, this will prevent disturbing the root of the wanted seedlings. Thinning is an essential process, as the parsnips will require sufficient space for their future root development.

Parsnips can be planted with the following companion plants: rutabagas, carrots, beetroots, and other root vegetables. It should not be planted with tomatillos, tomatoes, and Cabbage family crops.

Always keep the planting beds free from weeds to avoid competition for water, nutrients, and light.

This root crop require a lot of moisture for uninterrupted root development, but remember not to wet the soil too much as this can drown the plant and cause rotting. Shallowly cultivate the plant to avoid damaging the roots.

For colder regions, add six to ten inches (15 – 25 cm) of mulch or straw above the planting beds prior to the first snow, and in winter, harvest roots as needed. Also mulch to prevent weeds and regulate soil temperatures in warm regions, as roots normally grow short if the soil temperature becomes too high. Reduce watering as roots approach maturity as this can promote cracking. Add aged-manure to planting beds before planting and side dress the plants during midseason with aged compost.

It is important to hill soil at the base of the Parsnips to prevent greening at the top of the root.

Though Parsnips are often attacked by pests, there are no major problems with diseases (though leafhoppers can spread disease). Root maggots can be troublesome. They can be prevented by placing a three to four inches (8 – 10 cm) square of plastic around each plant to discourage flies from laying their eggs near parsnip plants. Carrot weevils can be prevented by having a tidy garden (remove unwanted debris), they can also be attacked naturally by predator nematodes available from garden centers.

Parsnips normally reach maturity 100 to 130 days after planting. So as not to damage the roots, carefully lift the crops with the use of a spading fork.

Roots are not harmed by the freezing soil (indeed flavor is enhanced by frost), so parsnips can be left in the garden until required. However, avoid leaving the crops for too long as low temperatures can cause the root's starch to turn into sugar. Dig roots before the ground becomes unworkable.

Store root crops in cold, moist place for two to six months, or in the refrigerator for up to two months. Parsnips are best eaten or cooked fresh after harvesting for the best taste.