How to Grow Achillea millefolium Plants in your Garden

Achillea millefolium is an herbaceous plant that is often referred to as Common Yarrow. It has been traditionally used for many herbal remedies such as for healing wounds, use as a tonic, to flavor beer, and as a stimulant.

Gardening wise, one of the great advantages of Achillea millefolium is that it makes a great companion plant. This is because its nectar attracts predatory wasps to the garden; these will then prey on many common garden pasts. Yarrow's aroma also attracts predatory insects such as ladybugs and hoverflies. Not only this but growing the species in the garden will also help to improve soil, especially if the leaves are composted. 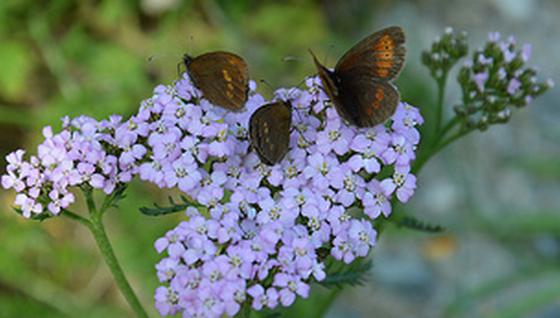 As a garden plant Achillea millefolium is great for use in a wild garden, in areas of drought (some cultivars are often used as a lawn substitute plant in arid areas), is resistant to deer, and also has a place as part of a butterfly garden. It also makes an attractive dried plant.

Although it has many uses in the garden, many people consider that it is an aggressive weed. This is because it spreads from its rhizomes. Therefore, if you plan to grow Yarrow in your garden it is recommended that you consider its containment in advance of sowing. 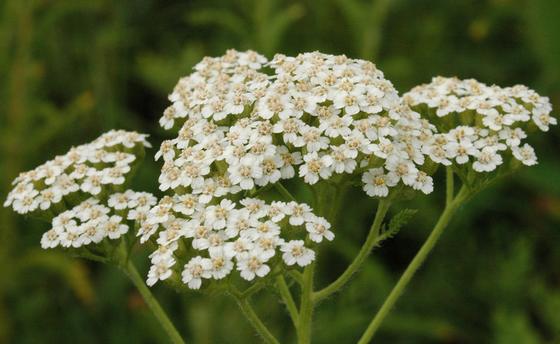 The common yarrow (Achillea millefolium) is an upright or mat-forming herbaceous perennial. It reaches a height of eight to thirty-six inches (20–90 cm), and has a similar spread. They are largely branchless (except at the top).

Achillea carry alternate green leaves. These are aromatic, hairy, lanceolate, sometimes toothed, about two to eight inches long (5–20 cm), and appear in the spring and summer. 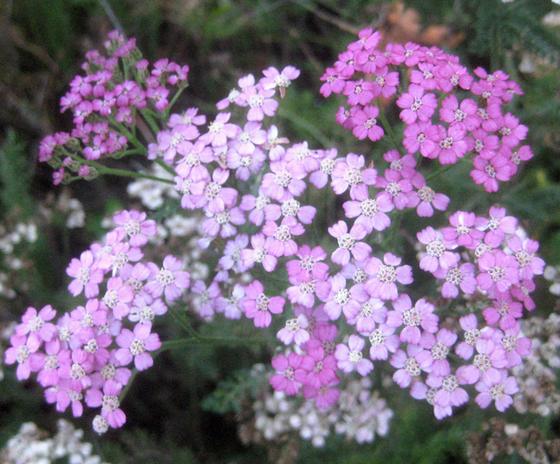 Flowers of yarrow plants are white, yellowish-white, or pink rays (daisy-like), and appear as flattened clusters of 20–40 flowers in the summer. Numerous cultivars are available; these have stronger stems and a more up-right nature, and additional flower colors including bi-colored, cream, yellow, and red.

The following video addresses the question of what is yarrow?, and shows some commonly grown yarrow plant species

Flowers of yarrow plants are white, yellowish-white, or pink rays (daisy-like), and appear as flattened clusters of 20–40 flowers in the summer. Numerous cultivars are available; these have stronger stems and a more up-right nature, and additional flower colors including bi-colored, cream, yellow, and red.