How to Grow Tritonia Plants

Members of the Tritonia genus are hardy bulbs that are sometimes treated as annuals by gardeners.

The foliage is sword shaped and flat.

Some common names for members of Tritonia are Blazing Star, Flame Freesia, and Montbretia. 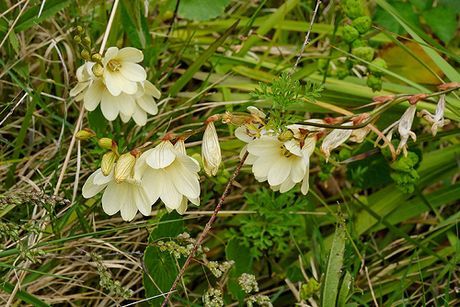 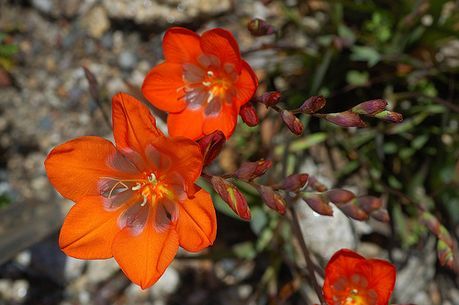 How to Grow Blazing Star, Flame Freesia, and other Tritonia Plants in the Garden

Blazing Star and other Tritonia species can be grown from seeds or corms. The Corms should be buried in the autumn at about 8 to 10cm deep with a spacing of 10 to 20 cm. Tritonia Seeds should be sown in spring and lightly covered. Ideally it is best to grow Blazing star in a sunny part of the garden that has good drainage and a sandy soil that has had manure added to it. It should take about three years for Blazing stars that have been sown from seeds to flower.

If you want to start Blazing star off indoors then do so about two months in advance; they can be transplanted outdoors just after the last frost of spring. Germination of Blazing stars and other Tritonia takes from one to three months at a temperature of 12 to 15 degrees centigrade.

It takes a little (not much) effort to look after Tritonia plants such as Blazing star, Flame Freesia and Montbretia; give them a good mulch in the winter to protect them from the elements; they should be fed once during the growing season and watered regularly. Once they have flowered they not require watering. If you require more Tritonia plants then plant the offsets that they readily produce.