How to Grow Eranthis Plants in your Garden

Eranthis genus plants are hardy perennials that contain members such as the Winter Aconite and Wolf's Bane.

Eranthis usually flower at the end of winter through to the beginning of spring, and carry cup shaped yellow flowers atop green leafy bracts.

They are low growing plants that like light shade so are ideal for growing under shrubs. 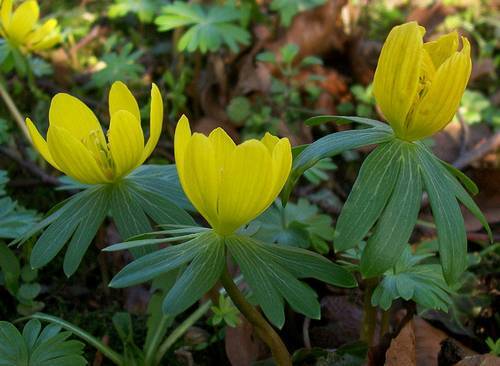 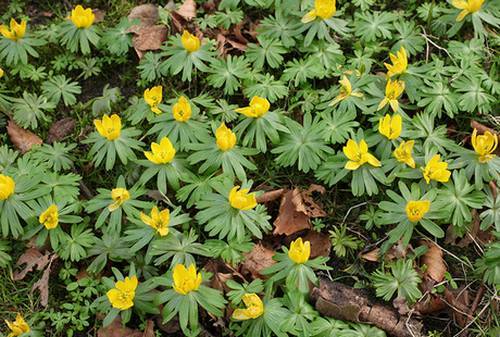 Common Names: Winter Aconite, Wolf’s Bane.
Life Cycle: Hardy perennial.
Height: 4 to 6 inches (10 to 15 cm).
Native: Europe, Asia.
Growing Region: Zones 4 to 9.
Flowers: Late in winter through to early spring.
Flower Details: Yellow. Cup-shaped.
Foliage: Herbaceous. Peltate. Notched. Bright Green.
Sow/plant: Usually grown from tubers as seed grown plants will not bear flowers for about four years.
Tuber: 3 to 5 inches (8 to 12 cm). Requires soaking for 24 hours before planting.
Seeds: Cover. Germination time: one month to one year. Spacing 3 to 4 inches (8 to 10 cm).
Seed: Method 1: Seeds should first be sown into flats in the autumn. Next sink the flat into the ground in an area that offers shade, preferably close to a wall that faces north. Provide a glass/plastic covering. Keep an eye on the flats to ensure that the soil remains moist. Bring the flats indoors at the beginning of spring and keep at 60 to 70°F (16 to 21°C). Transplant seedlings towards the end of summer or early autumn.
Seed: Method 2: Mix seeds in a moist growing medium, then put in flats, wrap in a large plastic bag, then stratify by refrigeration for three weeks. Next bury the flat as described above. Once seedlings emerge transplant them to their final location.
Requirements and care: Full sunlight; supply partial shade in the summer and autumn. Average soil, humus rich, moist soil. Regular watering during growing periods. Keep soil moist while growing. Propagate: Lift tubers and divide following flowering.
Miscellaneous: The Eranthis plant is described on both Roman and Greek mythology as it was the poison from this plant that Medea used in the attempt to murder Theseus.

How to Grow Winter Aconite and other Eranthis Plants

If planning to grow Winter Aconite outdoors it is best to plant tubers at a depth of 7 to 12 cm; seeds should be sown in flats in the autumn under glass against a north facing wall, and brought indoors in spring to obtain a temperature of about 17 to 20 degrees centigrade. 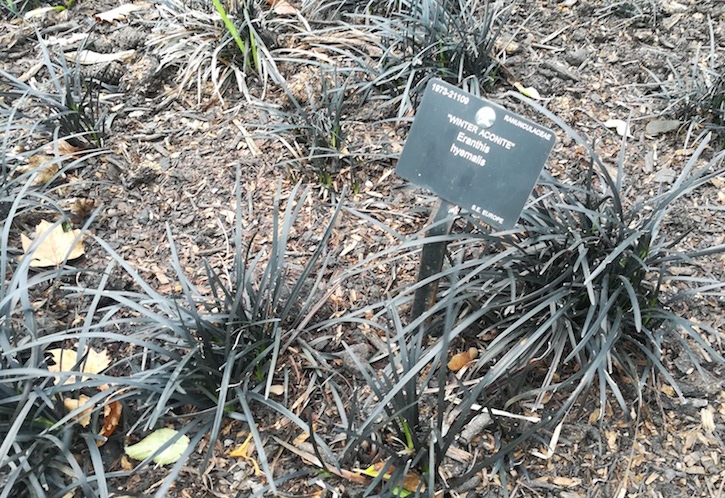 Once seedling appear transplant them at about 7 to 10cm apart into a partially shaded area of the garden (under a tree is ideal, as they will benefit from getting more light in the winter when the tree loses its leaves, but be protected from the sun in the summer).

Winter Aconite likes to grow in a moist soil that is humus rich.

It is also possible to start Eranthis seeds by sowing in flats in the spring, then refrigerating for three weeks, sinking the flat outdoors in a shady area.

The germination of Winter Aconite can take anything from one month to a year. It will usually take as long as 4 years until the Winter aconites that have been planted from seeds will bear flowers.

Propagating Eranthis in your Garden

If you require more Eranthis plants then they can be propagated by division in spring after they have completed flowering.