How to Grow Erodium Plants in your Garden

Erodium can be either hardy or half hardy perennials.

They are low growing ranging from a bout 7 to 45 cm in height; this makes them ideal for use in both rock gardens and for use in borders.

They flower in the early months of summer with pink, yellow or white cup shaped flowers.

Erodium have dissected leaves, this gives them an appearance similar to Geraniums.

Some common names for members of the Erodium genus include Heron's Bill, Alfilaria, Filaree, Storksbill and Pin Clover. 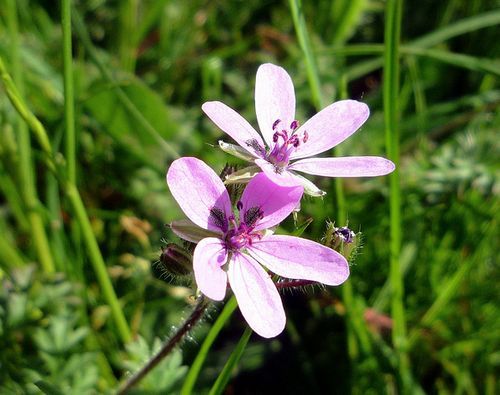 How to Grow Heron's Bill (Erodium)

It is best to grow Heron's bill outside from the off. The seed should be sown in the autumn at a depth of about 3 mm. Erodium species such as Heron's bill like to grow in a sunny or partially shaded part of the garden, and prefers a gritty or sandy soil. The distance that Erodium plants should be from one another depends on the species; plant smaller ones about 15 cm apart and large ones about 35 to 45 cm apart.

Caring for Erodium Plants in the Garden

If you require more Erodium plants then you can take cuttings in the summer; however Erodium may need controlling as opposed to propagating. As they do not like overhead water, it is probably best to grow Erodium under a rock overhang in the rock garden.