How to Grow Hedychium Plants in your Garden

Hedychium are a genus of half hardy Perennials that are usually grown as annuals in the garden.

They have spiky flowers of orange, red, white or yellow, that may often be bicoloured; and broad lance like leaves.

They come into flower in the summer and reach a height of 60 cm to 6 m.

Hedychium are very fragrant plants and should be grown where they can be appreciated or in borders.

Some common names for Hedychium include Ginger Lily, Butterfly lily, and Garland Lily. 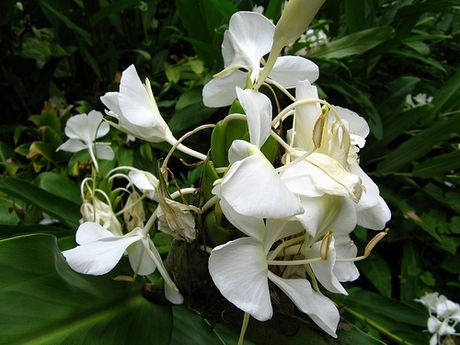 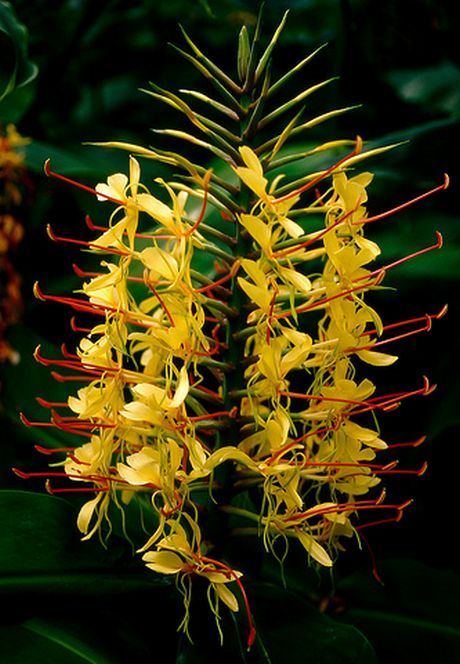 How to grow Ginger Lily (Hedychium)

Hedychium plants can be sown outside at the beginning of spring before the last frost has happened. Simply cover the seed with a light dusting of topsoil. Ginger Lily and other Hedychium members like to grow in an area of the garden that is sunny and has very good drainage. They prefer to grow in a moist Humus rich soil. If you prefer to first grow Ginger lilies as seedlings indoors then they should be prepared about two months before due to be transplanted in the garden a few weeks after the last frost of spring. The Hedychium seeds should first be soaked for two hours in warm water prior to sowing. They should then be kept at about 21 to 24 degrees centigrade and will take about three or four weeks to germinate. When ready the young Hedychium plant should be put in the garden at about 60 to 80 cm apart.

Caring for Ginger Lilies and other Hedychium Plants in the Garden

Ginger Lilies require regular watering. Once the flowering season is over cut back the flowering stems to the ground. If growing as a perennial then the rhizomes should be brought inside in cold areas. More Hedychium plants can be had by division of the rhizomes (make sure that each section contains an eye) at the end of winter.