How to Grow Momordica Plants

The Momordica plant genus contains half hardy perennial vines that may reach 2.4 to 3 M in height.

They are often grown as half hardy annuals in the garden.

They have lobed leaves and bloom with white or yellow flowers in the summer; this is followed by fruits in the autumn. 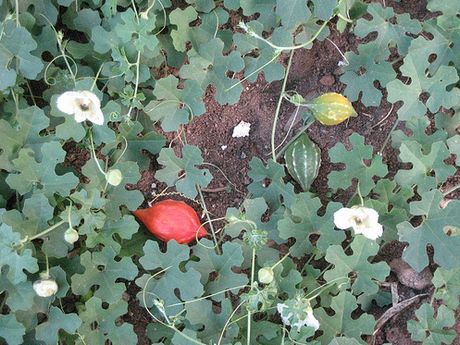 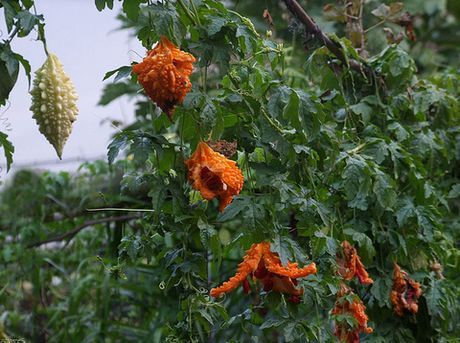 How to Grow Balsam Pear, Bitter Melon, and other Momordica Plants in the Garden

Unless you live in a warm area it is best to start growing Balsam Pear, Bitter Melon, and other Momordica Plants from seed indoors. This should be started about six weeks before the last frost is expected. The seeds should be sown at about 3 mm deep into a moist and rich soil. It should take around two or three weeks for the seeds of Balsam pear to germinate at 18 to 24 degrees. Once ready transplant the Momordica into a sunny part of the garden at about 25 cm (small) to 60 cm (large species) apart.

It is fairly easy to maintain Balsam pear. They are vines so will require a trellis or similar for support. When the weather is very dry provide frequent watering and they should be fed every now and then. It is best to propagate Momordica plant species from seed.