How to Grow Puschkinia Plants

Puschkinia are dwarf hardy bulbs that reach about 15 cm in height when in bloom.

They bloom in the early spring when they carry spiked flowers that are star shaped and striped in blue and white.

The foliage of Puschkinia consists of strapped shaped leaves that usually have an erect nature.

A common name for Puschkinia is Striped Squill. 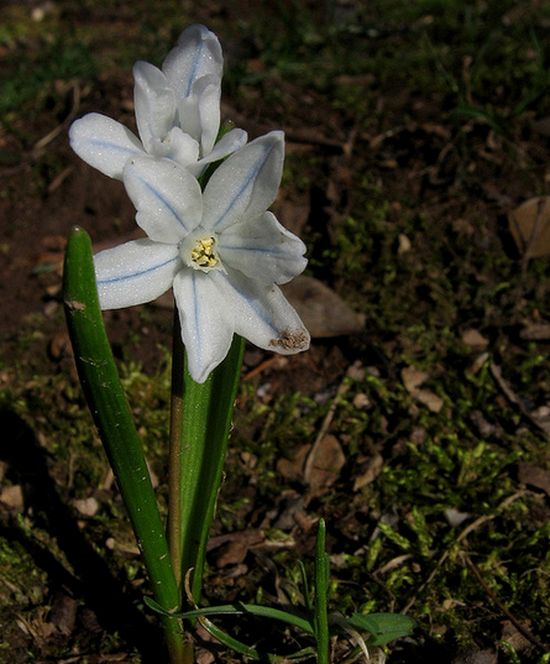 How to Grow Striped Squill and Other Puschkinia

For quick results grow Striped Squill and other Puschkinia from bulbs. These should be buried in the autumn about 8 to 10 cm deep, and about 10 cm apart into a part of the garden that has moist soil.

Puschkinia species are able to grow in sunny and partially shaded parts of the garden.

If growing from seeds, then sow into flats in the autumn at about 3 mm deep. The flats should then be sank into a fully shaded part of the garden and covered in glass. It will take at least a month for Striped Squill seedlings to appear; these should be transplanted into their final location as they emerge. It will take about four years until seed grown Puschkinia will flower.

Puschkinia species such as Striped Squill like a moist soil so keep well watered. An application of mulch is required in the autumn to protect the plant from excessive cold. If you require more plants then they can be propagated by taking bulblets from the plant every couple of years.