How to Grow Soldanella Plants

Plants from the Soldanella genus are hardy perennials that reach a height of 15 to 40 cm.

They have a foliage of heart shaped leaves and bloom from late in spring through to early summer, when they carry fringed bell shaped flowers of white or blue.

Their small size makes Soldanella ideal for use in rock gardens.

Some common names for Soldanella include Alpine Snowbell, Mountain Tassel and Dwarf Snowbell. 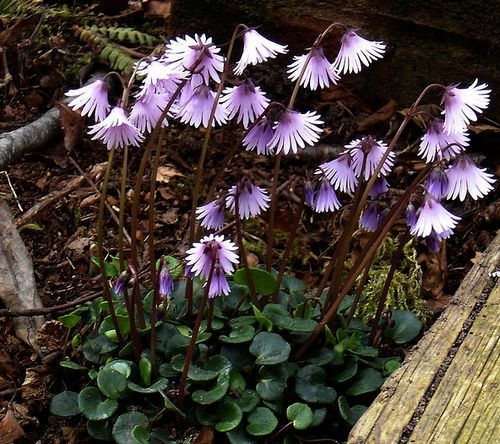 How to Grow Alpine Snowbell and other Soldanella Plants

When growing Soldanella varieties outdoors from seed it is best to sow the seeds in flats. Sow on the surface using fresh seed in late summer. Then sink the flat into a part of the garden protected from the elements and cover the flat with glass. It can take anything from one to six months for the Soldanella seeds to germinate. As soon as the seedlings have grown enough to be man-handled then transplant them into a part of the garden that is mainly sunny but has partial shade. Snowbells like to grow in very moist peaty soil that has a slightly acidic nature.

If starting off indoors plan to put out the Alpine Snowbell seedlings following the last frost of spring. The seeds should be placed in soil within a plastic bag and placed into the fridge for about a month. The seeds should then be sown in the light at a temperature of 12 to 15 degrees centigrade.

Alpine Snowbell and other Soldanella species are not for the faint hearted as they need a lot of care; however they are well worth the effort.

They must be grown in very moist soil; it may be necessary to put in a water feature in your rock garden where they will get the moist soil that they crave, alternatively give the soil plenty of drenching and never let it dry out.

As Soldanella also require good drainage, surround the plant with grit. During the late winter, it is best to cover the flowering buds with straw to protect them. If you require more Snowbell's then they can be propagated by division in the spring time.