How to Grow Stachys Plants

Many Stachys members have attractive lobed shaped silver fuzzy leaves, while others have heart shaped leaves.

They bloom from spring through summer and have spikes of lipped and hooded, purple colored, flowers. 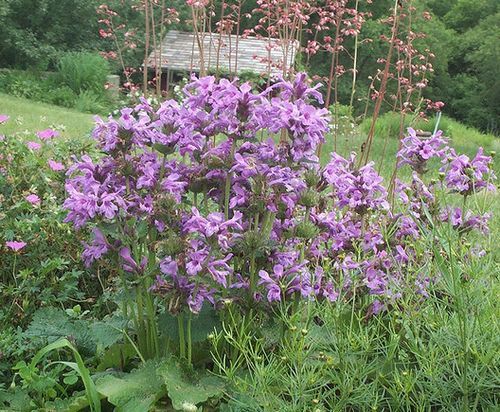 How to Grow Stachys Plants

The seeds of Stachys members such as Bishop's wort and Lamb's tongue can be grown from seed outdoors by sowing in early spring or early autumn; lightly cover the seed once sown. The spacing depends on the species: 20 to 30 cm apart (small varieties); 30 to 45 cm (medium species); 45 to 60 cm (large species). Plants are able to grow in both sunny and partially shaded locations and will grow in most soils; for best results grow in a rich soil.

It is easy to look after Stachys plants. Once they have finished flowering remove the stems. To maintain vigorous growth divide the plants every four years. If you require more plants then they can be propagated by division in the spring or autumn.