How to Grow Lavatera Plants

Members of the Lavatera genus can be hardy annuals, biennials or perennials, but are normally treated as hardy annuals in the garden.

They are shrubbery and can reach a height of 60 cm to 1.8 m. They carry pink, purple or white trumpet shaped flowers.

The perennial members of Lavatera flower in the summer, whereas annuals bloom from summer to the first frost of winter.

Some of the common names for Lavatera include Mallow, Annual Mallow, and Tree Mallow. 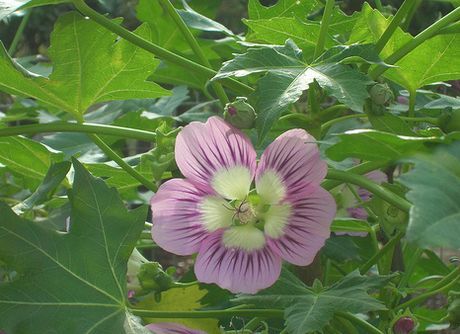 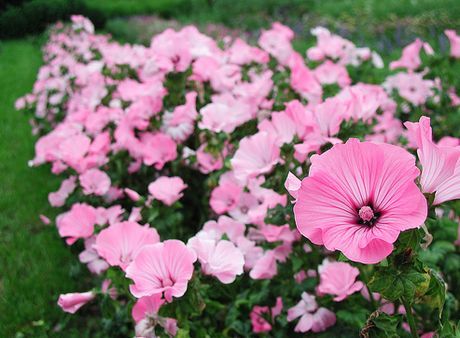 How to Grow Mallow (Lavatera)

When growing Mallow and other Lavatera plants outdoors as annuals it is best to sow them continuously from spring to early summer; this will create a continuous bloom of Mallow flowers. Once the sees are sown, simply cover them. Lavatera plants likes to grow in a sunny part of the garden that has good drainage. For the best flowering the soil should not be moist and not too rich.

If planning to first grow indoors, then they should be planted in peat pots, about 7 or 8 weeks before putting out in the garden (transplant Mallow from after the last frost of spring until the start of summer). They take two to three weeks to germinate at 21 degrees Centigrade. They should be spaced at 30 to 45 cm (small Lavatera species) or 60 to 90 cm apart (larger varieties).

Caring for Lavatera in the garden

Once growing, Lavatera should be watered regularly and dead flower heads removed. It is best to fertilize them with a low nitrogen feed. If you require more plants and don't want to let them self seed then take cuttings at the start of summer.