How to Grow Argemone Plants in your Garden

The common names for the short lived perennial Argemone include the Mexican poppy and Prickly poppy.

Although this genus of plants is a perennial they are typically grown as a hardy annual by gardeners.

Argemone poppies typically flower in the summer in the wild, but can flower over a much longer period when grown in gardens.

Argemone species such as Mexican poppies have a continuous display of yellow, white or red poppy like flowers, which are very fragrant, from late summer to early autumn. They are best grown in the mid section of borders as they have a very spiky foliage. 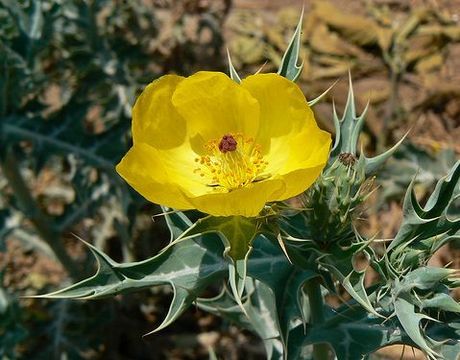 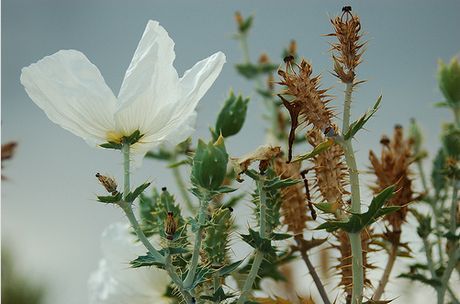 Information on Argemone and its Commonly Grown Garden Species

Members of the Argemone genus are native to America, and are known to grow wild in the Eastern parts of Canada and in all of the US states except for Alaska. The genus contains approximately 30 members and is a member of the Papaveraceae family of plants (better known as the poppy family).

One of the features that this family is known for is the presence of laticefer ducts that produce a latex juice. Argemone members tend to have prickly leaves of approximately 3 to 6 inches (9 to 15 cm) in length and small yellow or white flowers. Seeds, such as those from the Mexican prickly poppy have a pale yellow latex that is often used as a sedative in medicine.

Some of the commonly seen members of the Argemone genus include:

It is best to sow Argemone poppy seeds just below the soil surface at a depth of about 3 mm in the late spring after the last frost.

It is quite difficult to propagate Argemone species inside. If doing so then seeds should be planted in peat pots around five to seven weeks before they are due to be put out (after the last frost of early Spring). They should be grown at 13 to 16 degrees Celsius, and normally take about two weeks to germinate.

When planting out they should be placed in an area that receives lots of sunshine and planted at a distance of around 25 cm for smaller Argemone species and 75 to 90 cm for larger varieties.

How to Care for Argemone

Mexican prickly poppies and other Argemone members are easy to look after, however they are easily damaged so they should neither be staked nor transplanted (unless absolutely necessary). The poppies should be dead headed before seed is allowed to set in order to eliminate the plant spreading uncontrollably.

This plant is grown as an annual in the garden seeds should be scattered in the spring and lightly dusted with soil for a wild effect or space out at about 6 to 10 inches (15 to 25cm) in a full sunlight region of the garden; do not attempt to transplant them once growing. Plants reach from 24 to 36 inches (60 to 90cm) in height. Leaves of this species are prickly (wear garden gloves when handling), plants bloom with 5cm yellow or golden flowers from mid summer through to early autumn. As a native to Mexico and the southern states of the USA these plants are quite drought tolerant, and grows well in zones 8 to 11. It is important to deadhead the pant to prevent them from spreading wildly.

These plants reach a height of about 36 inches (90 cm) and carry blue prickly leaves; take care when handling them, preferably use gloves. They should be sown at a space of about 15 inches (38 cm) at a depth of 1/8th of an inch (3 mm) in a sunny part of the garden. Ideally the soil should be pH 6 to 8. The plant blooms in Summer with large white flowers with yellow centers.

Plants are drought tolerant and require dead heading to prevent them growing wildly. Best suited to growing in the hot southern states such as Arizona, Florida and New Mexico.