How to Grow Asarina Plants in your Garden

Asarina is a half hardy perennial, however it is normally treated as an half hardy annual by gardeners in cooler climates. Most of the members of Asarina have been recently reclassified. However as gardeners used both the new and old names, the information in this page holds true for the species described.

Depending on the species it may flower anytime from late spring to late autumn.

Some of the common names for Asarina include Chickabiddy, Creeping Gloxina, Climbing Snapdragon and Mexican twist.

The genus Asarina is synonymous with Maurandya.

Asarina are climbing vines that usually have pink trumpet like flowers. The heart shaped leaves are often scented. 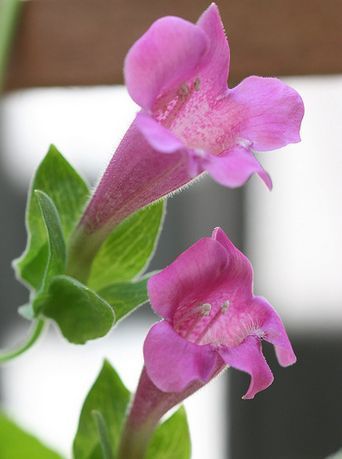 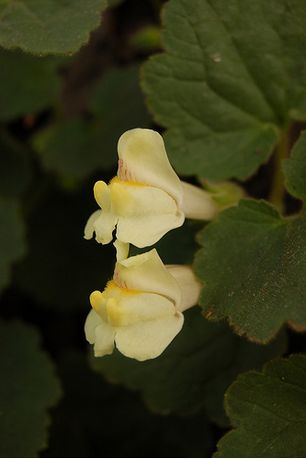 There are sixteen members of the Asarina genus and they are native to Central and Northern America and to the South of Europe.

Asarina used to be a genus of the Scrophulariaceae (figworts), however they have recently been reclassified and now the family only contains 5 genera. During this reclassification most of the Asarina members have become classed in different genera:

Other commonly grown plants include:

How to Grow Asarina

When planting Asarina outdoors it is best to sow the seeds on the surface from late in the winter until the early spring.

If preparing Asarina for later transplanting as seedlings, it is best to sow the seeds indoors in peat pots three to four months before they are due to be transplanted outdoors in the early spring when the temperature will not drop below 5 degrees Celsius (41F).

Seedlings should be planted at a spacing of 30 cm into a sunny area of the garden; ideally with fertile soil, that is moist but well drained, and with a pH of 6 to 7.

Asarina is fairly easy to look after; as they are climbing plants they should have a trellis support to grow upon. Asarina should be well watered and fed on occasion. If you require more plants then cuttings can be taken during the summer.

As a tender perennial this species is usually grown as an annual in gardens. Asarina erubescens are climbers that range in height from as little as six feet (1.8 M) to as much as 16 feet (5 M). They make very interesting plants to grow either on a trellis or hanging from a basket in an area of the garden that has full sunlight.

Seeds can be planted outside in mid winter, or you may prefer to start them off indoors, in which case start off in early winter; about 12 weeks in advance of transplanting outside in early spring. It is best to sow the seeds in peat pots so as to cause little disturbance when transplanting.

Plants should flower from early summer through to mid autumn and the colour of the bloom is down to the variety that you sell; often with pink trumpet sweet pea like flowers, though petals may also be lavender or white. In the USA plants are able to grow in zones 5 through 11, and grows natively in Hawaii and Porto Rico.

Once growing it is pretty easy to care for Creeping Gloxina; water plants regularly but not excessively, if you require more plants then either propagate by taking softwood cuttings, or collect seed pods once they have dried.

These perennials are usually treated as annuals by gardeners, though they have been known to be fairly frost tolerant. Asarina procumbens carry pale yellow scented flowers that are able to bloom from spring through Autumn. Although the plant is generally low growing (1 foot; 30 cm) it is able to creep over fairly large distances.

Plants perform best in full sunlight, but are able to grow fairly well in partially shaded conditions. Ideally soil should be sandy and well drained. It makes an ideal plant for rock gardens, hanging baskets, or for trailing over a wall. Asarina scandens is also known as Chickabiddy.