How to Grow Anthemis Plants in your Garden

The hardy perennial Anthemis typically flowers from summer until the autumn.

Anthemis are upright plants that typically grow to between 15 and 90 cm in height.

Chamomile have daisy like flowers of white or yellow, and green or silver scented leaves. They make ideal border plants and can also be used in rockeries and in dry stone walls.

The flowers of chamomile have many health benefits, and are often drank as a tea. The chamomile tea drink is made from Matricaria. 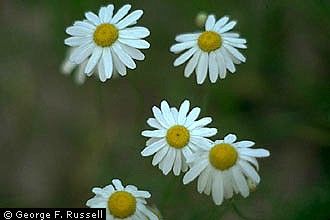 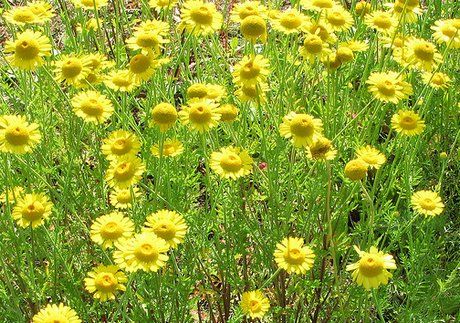 How to Grow Chamomile and other Anthemis Species

It is best to sow Anthemis seeds on the soil surface, with a spacing of between 30 centimeters and 60 centimeters. Chamomile should be sown out in either early spring or early autumn.

Garden Chamomile / dog fennel / Golden marguerite prefers to be grown in full sunlight, but is able to grow in lightly shaded areas. The soil type is not that important, but should be well drained and slightly limey.

When starting Anthemis off from seed indoors, it generally takes around eight to fifteen days to germinate, ideally seeds should be planted eight to ten weeks before planting out in the early spring when a there is still a chance of a light frost or in the early autumn.

Chamomile and other members of the Anthemis is easy to care for, however the plants are susceptible to mildew; this can be avoided by planting in an area where air can circulate.

If plants are tall, it may be necessary to stake them during periods of heavy rainfall and high winds. It is important to divide the Anthemis plants every three years or so to eliminate deterioration of plants.