How to Grow Atriplex Plants in your Garden

Atriplex species are usually half hardy or hardy Annuals in nature; some species, such as the spiny saltbush are perennials.

Some of the common names for the garden plant include French Spinach, Mountain Spinach, Salt Bush, Sea Purslane and Orache.

Plants of the Atriplex genus typically flower in the summer.

Atriplex are very tall plants that may reach heights as great as two metres. They have wonderful leaves that are green or red in colour.

The flowers of French Spinach and Salt bush like plants usually have very small bronze or green flowers. They can be grown to screen areas of the garden. 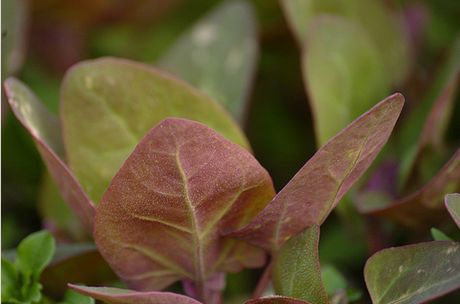 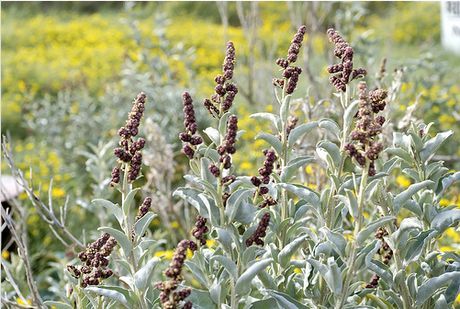 There are between 100 and 200 species in the Atriplex genus; the number varies due to disputes in classification by botanists. The genus is part of the Chenopodioideae family, which itself is under scrutiny by botanists; it is a sub-family of the Amaranth family Amaranthaceae.

Many members of the Atriplex genus are very tolerant to extreme environmental conditions some members are salt tolerant plants and sea shore plants; others are able to survive the extremities of life in the desert and other arid regions. This can make them very useful plants to grow for gardeners who live by the seaside or in other extreme growth regions.

As a member of the newly formed 1,400 species containing Chenopodioideae family, members of this genus are closely related to species such as Goosefoot ( Chenopodium), Zukia, Seepweed (Suaeda), Bugseed (Corispermum), and Beet (Beta vulgaris).

Many members of this genus were used traditionally as food plants:

Other commonly grown species include:

Many of the above are traditional foods that are still used my minorities today, for example Shadscale is a food used by native Indians in the USA, and Grey Saltbush is a food of aborigines.

Nowadays only the Garden Orache is used commonly as a food plant, whereupon it is often found in Mediterranean salads. However it is usually only used when Spinach (Spinacia olerace) is not available.

Members of the Atriplex genus are very useful in wildlife gardens as they act as both cover and a food source for many mammals and birds.

How to Grow Atriplex

When planting Atriplex species such as French Spinach, Orache and other Saltbush, outdoors it is best to sow out the seeds, then lightly cover them, in the early spring (before the last frost).

When growing indoors first, then they take two to three weeks to germinate and should be grown in peat pots at a temperature of 10 to 12 degrees Celsius.

It is best to plant Atriplex seeds about six or seven weeks before the seedlings are due to be planted out after the last frost of spring. They should be transplanted about 30 cm apart in a sunny area of the garden in any type of soil.

French Spinach plants are easy to look after but need to be controlled by shearing. Although they are drought and often salt tolerant, they tend to give better growth if supplied with occasional water. The plants can be propagated by taking cutting or by harvesting the seeds.

Specific Plant Information and Tips on growing Atriplex in the Garden

These annuals reach an height of three to four feet (90 to 120 cm) and are often grown for their beautiful foliage. Garden Orache plants should be grown in a sunny area of the garden and spaced at a distance of around one foot (30 cm). They bloom with greeny-yellow or red flowers in the summer; though the beauty of these plants is definitely in their red leaves.

These are perennial sub-shrubs reach an height of two to three feet (60 to 90cm) and should be grown with a spacing of 10 to 12 inches (25 to 30cm) in an area of the garden exposed to full sunlight. Like many other members of this genus, Spiny Saltbush are drought tolerant plants that do well in extreme conditions, but perform best with an occasional watering. They bloom from late spring to early summer. In the USA they have been recorded as growing wild in the following states: AZ, CA, CO, ID, MT, ND, NM, NV, OR, TX, UT, WY.